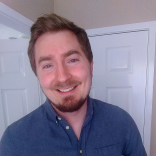 10 Places To Visit in Berlin

So you’ve chosen Manchester for your year abroad. Fabulous. As long as it wasn’t connected to your deep-seated Morrissey fetish, you’ll be thinking clearly, and probably worrying about where the hell to actually live.

Moving to the right neighbourhood can make or break your Erasmus year. Seriously. You tell yourself that living an hour from the nearest night out is fine (it’s not). You’re sure that private halls will be easier and cheaper in the long run (they aren’t). What does it matter as long as you aren’t on the streets, right?

Well, you tell yourself a lot of things. After all, moving abroad is daunting enough without worrying about whether you can walk home from the club, heels in hand, in just under 10 minutes.

Thankfully, the fine people at Uniplaces are here to help. There’s an estimated 85,000 students in Manchester, across four universities. Trust me, they’re all living somewhere.

Here’s a rundown of the best student neighbourhoods in Manchester:

Manchester University’s ‘Ground Zero’ accommodation option. With eight separate halls of residence and a population demographic rarely over the 19 years of age, it’s a great option for people starting university from the ground up. Catering to thousands of students, the area is within a walk of pubs, clubs and about a million late night kebab shops, but a bus ride from most universities. It’s a hell of a huge student bubble, a bubble made primarily of alcoholic cider and bits of sick, but still, it’s incredible if you’re young and up for a party. Not a place for those studying for their PHD in obscure 18th century Mongolian erotic literature.

Rusholme, just down the road from Fallowfield, is the heartland of Manchester’s curry culture. Wilmslow Road, running though its centre, contains a massive concentration of Pakistani, Indian and Bangladeshi curry houses, as well as Afghan and Arab restaurants, earning it the nickname The Curry Mile. The student population lives mainly in the private rental sector amongst the primarily working class local Pakistani population. A little closer to the centre and still within easy reach of lots of Oxford Road’s nightlife, Rusholme is a decent option if you’re looking to rent privately (which of course you should be, preferably through us).

Withington is a little gentler than the previous options. At one point a separate village that was later amalgamated into greater Manchester, it now has some good quality accommodation options near Heaton Road, with the typical student digs mixed in. It’s still within easy reach of all the amenities and on a few major bus routes, making it a better option for any masters students or anyone looking to get Desiderius Erasmus a decent educational return for all his investment.

A movie-buff’s guide to Erasmus in 10 different cities!

Both the Didsburys are probably at the classier end of the student market. Mainly, they’re a good hub for young professionals and recent graduates, but if you’ve got a few extra pounds flying around, then feel free to indulge. It is a little far out from the centre, especially compared to areas like Oxford Road, but still worth it for the lifestyle with sporting facilities and parks nearby, as well as high-end food shops and independent shops, restaurants and bars.

The centre of lots of the city’s student nightlife – including the Manchester Academy music venue, and close to the nearby LGBT area of Canal Street – living on Oxford Road itself might be the best idea we’ve ever given you. Not technically a student area as such, as it’s more just a huge bustling zone of the city centre, it still boasts every amenity possible and is the location of Manchester Uni’s main campus. It’s even got its own train station. My pick of the bunch.

The city centre is probably a better option for anyone studying at Manchester Uni’s North Campus or at UMIST; with the more affordable locations being around UMIST’s campus in the Granby Road area. Predictably hectic and often overpriced, if you find somewhere at a reasonable price then it might just be perfect, but that could be a bit of a challenge. Obviously, living in the centre of one of the coolest cities in Europe makes up for the potentially high price tag.

Did you enjoy this article about the best student neighbourhoods in Manchester?
Just drop a line in the comment section if you did.
And remember: if you need student accommodation in Manchester, you’ll find the student home you’re looking for on Uniplaces. We are currently in 39 cities across Europe and we’ll be in many more!

@UNIPLACES
No images found!
Try some other hashtag or username