Who has never dreamed of doing their Erasmus in France? As the second largest country in Europe to host the most foreign students after Spain, France never stops dreaming of all those who aspire to spend an exciting year outside their borders.

The big cities are magnificent, rich in history, culturally vibrant, and they all have a student population ready to party until the end of the night. But France is also the gastronomic destination par excellence. With more than 600 Michelin starred restaurants, the Hexagone will delight all lovers of good food.

Take a look at our food map and discover the dishes you absolutely must try during your Erasmus in France.

The Camembert of Normandy, the real one, is the only one to have a Protected Designation of Origin. It is manufactured in Normandy with milk produced by dairy cows, at least 50% of which must be of Norman breed. To make it, only raw milk is used, and it mustn’t undergo any treatment. Along with the beret and the baguette, it is a symbol of France, and savoured both firm and creamy.

This thin mixture of flour, egg and milk has existed since the dawn of time. Historians locate its origin around the year 7000 BC! It was developed in Britanny in the 13th century with the introduction of buckwheat after the Crusades. It can be both savoury and sweet, as a dessert or as a main dish. It’s also a very festive dish and a staple in funfairs.

15 Restaurants in Florence You Haven’t Lived Until You Tried

Consisting of cooked mussels served with french (haha) fries, it is the typical dish of Northern France. Traditionally consumed during the Lille Braderie, an annual street market that takes place on the first Sunday of September, its origin goes back to 1875 when it made its appearance at the Liège fair in Belgium. It’s a small step from Belgium to the north of France, and moules-frites is a dish one relishes with greediness. A beer makes it perfect!

The Paris-Brest is a traditional choux pastry stuffed with cream and garnished with laminated almonds. Its shape is supposed to represent the wheel of a bicycle. Louis Durand, a pastry cook from Maisons Laffitte, was the one who was inspired by the cycling race between Paris and Brest to create this cake in 1910.

Ah! To invoke France without mentioning champagne would be heresy! This highly regulated sparkling wine can only be produced in a highly regulated geographical region in the north-east of France: Champagne. It’s a celebratory drink, one that is certainly mandatory when you graduate, for example!

The cassoulet is a typical dish of the southwest of France, whose origin goes back to the 14th century in Castelnaudary. It’s a stew made from dried beans and meat, and it takes its name from the terracotta casserole in which it simmers for long hours before being served. It’s a hearty dish typically eaten during the winter.

Originally from Lorraine, hence the name, this quiche is one of the most cooked and consumed in France. Warm or cold, she is present in all buffets and every picnic. Featured in cookbooks since the 15th century, it is composed of puff pastry, eggs, crème fraîche, and bacon. Tasting the real thing is a real treat!

It’s hard to stand out among its Spanish and Italian neighbours, the great producers of charcuterie. Yet this raw, salted and dried ham, a specialty of the Adour basin, has known to stand out over the centuries for its chewy texture and delicate flavour. It can be savoured by itself, wrapped in melon or watermelon, in an omelette or in a piperade.

The origin of this potato gratin goes back to the 18th century, when it was served during a dinner offered to the municipal officers of Gap by Charles-Henri, Duke of Clermont-Tonnerre. The recipe includes firm-fleshed potatoes, garlic, milk, fresh cream and spices. It goes marvelously with a roast or a meat dish.

In the Middle Ages, oysters were collected on the coast and shipped to Rome, where they were highly appreciated. It wasn’t until the 17th century that the first crops developed on the Atlantic coast. This bivalve mollusc can be repulsive at first sight, but watered with a dash of lemon juice or shallot vinegar, it’s a staple dish that one finds on every table during the end-of-year holidays.

The beef bourguignon is made of beef cooked in Burgundy wine, garnished with mushrooms, onions and bacon. It’s a traditional family dish served on Sundays, but it’s also available à la carte from the area’s restaurants, served with carrots, pasta or green beans.

Originally from Limousin, cherry clafoutis is a traditional cake composed of cherries covered with flan. Of rustic presentation, it cannot compete with the most beautiful fruit tarts. You will therefore rarely find it in pastry showcases, but it’s often offered à la carte in restaurants as the dessert of the day.

The flamed tart, or Flàmmeküeche in Alsatian, is composed of a thin dough of bread covered with thick cream and garnished with onions and bacon. Quickly baked in the bread oven, it is mostly found in Alsace, from where it originates. This is a simple family dish, a bit in the spirit of Italian pizza.

Yummy… delicious Tatin tart, probably one of the best French pastries! A false rumour attributed the creation of this apple tart to the Tatin sisters, who accidentally placed apples in the mold before covering them with dough. It was actually Louis Vaudable, owner of Maxim’s in Paris, that would be the creator. This delicious pie is a classic, and it’s served lukewarm with a scoop of vanilla ice cream or a dollop of crème fraîche.

An ultimate delicacy to finish this selection of the best French culinary specialties: the tropézienne tart is a cake consisting of a filled brioche with two creams. The exact recipe, a composition of the pastry chef Alexandre Micka, is a secret. Passing through the region, stop by one of the “La Tarte Tropézienne” shops where you can taste the original cake. Bon appétit!

Now check out the dishes you should try during your Erasmus in Portugal, Spain, Germany, and the UK and Ireland!

What other French dishes would you add to our list? Let us know in the comments. And remember: if you’re looking for student accommodation in Europe, you’ll find the perfect student home on Uniplaces. We have rooms in Paris! 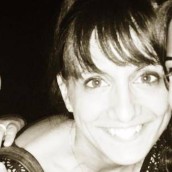 Stay Home in the Kitchen

The Best Paella Spots in Valencia

The Hidden Story of the Pastéis de Nata